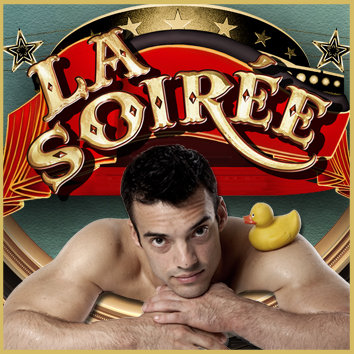 Off the back of La Clique's reputation, La Soiree has seen a sellout run in the Fringe.  Visitors old and new will be very happy to see that this re-named gem has all the excitement, exhilaration, laughs and cringe worthy moments of the original.

Many of the La Clique staples, including Mario - Queen of the Circus, the English Gents and David (the original 'Bath Boy') have toured with the show to this Adelaide Fringe.  Also featured are Le Gateau Chocolat, who returns after a successful run of solo shows in 2011, and previously unseen comedian Mooky.

Perhaps the only criticism of the show might be for La Clique regulars - despite the new name, the show is essentialy La Clique re-branded.  While they did well not to mess with proven and well-loved format, more new acts would have been a bonus.

All in all, still an awesome night out!

When: Closed
Where: Idolize Spiegeltent, The Garden of Unearthly Delights
Bookings: Closed